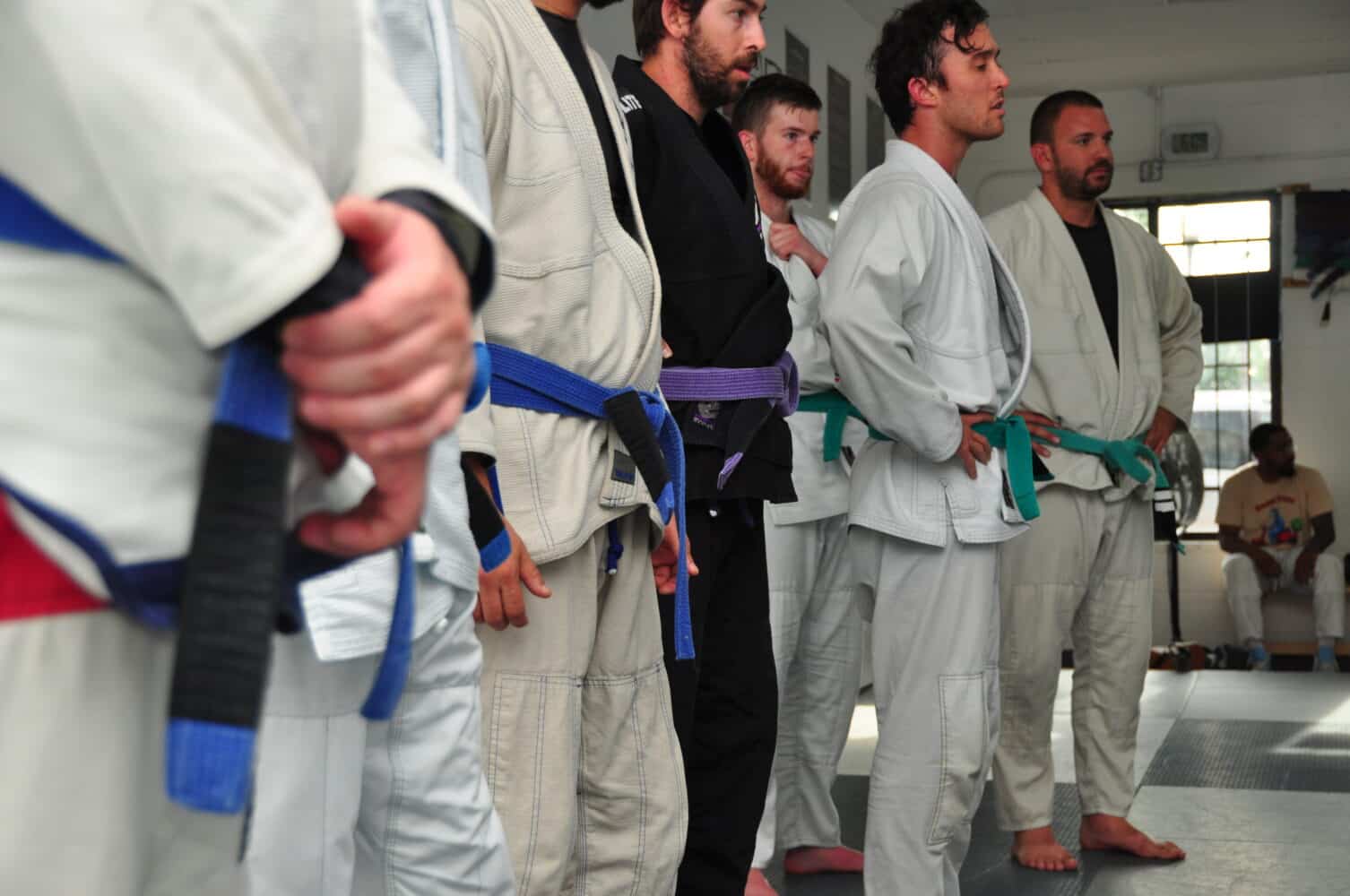 Not everyone wants to compete. Not everyone has that urge to challenge themselves in live combat situations, with an audience of friends and strangers watching as you simulate these life-or-death scenarios. That’s okay. You don’t have to compete in jiu jitsu in order to advance your skills, however it is an incredible way to test your progress and “drop a mile marker” on where things stand today.

I was never big on the competition scene of jiu jitsu, in fact the only competition I had entered was on May 18th, 2012 on a whim with no focused preparation – 348 days in to my training to be exact.

***I was riding a high from having completed the GMAT test with a score that got me into an MBA program, so I went home grabbed my gi and called my Professor asking if I could still join the tournament. Of course he had no issue and put me into thunderdome.***

This tournament was held in my academy with two other schools and there was only one match taking place for all to see, no scoreboard or time clock just my Professor with a stopwatch and somebody with a notepad and pencil. My first match was against a gentleman who was 6’4″ 185lbs, while I stood (shaking) at 5’9″ 165lbs – it lasted 58seconds. Despite what you may think, I won by mounted triangle with an armbar. What a feeling, what a rush, what an adrenaline dump. I went on to my second match completely deflated and ended up getting caught with a cross-collar choke. Took second for the day, and was promoted to my blue belt.

On Saturday, May 13th I competed in the Fight 2 Win Colorado State Championship tournament with several members of the Dark Horse Combat Club. A major step for me personally given my lack of competitive drive and the atmosphere of a tournament of this magnitude. For me the challenge was to simply get on the mats, that was where my fear of injury was holding me back – I mean, I’m not a kid anymore and this is something I do for fun so I didn’t want to risk permanent injury and impact my ability to work or something so far-fetched. With the help of the team and some focused discussion in my goal meeting with Professor Charles, I decided it was time to step-up and “drop a mile marker.”

I spent 6 weeks focused on my diet, exercise plan and training to do what I could to ensure that I would be ready come fight day. I started each day with a purpose and goal to get 1% better and be 1% stronger each day leading up. Everyday had some sort of exercise, rolling, or yoga because in my mind I knew that’s how a competitor would approach preparation — I just keep saying to myself “an object in motion stays in motion, and an object at rest stays at rest. I’ll rest after the tournament, after I reach the top of this hill in front of me right now.”

On Saturday I tried something new and challenging, and I fell. Neither match went my way though I had a few bright moments in each. In falling I learned a valuable lesson about myself, that I can push harder and go further than I ever realized…oh and adrenaline is a helluva drug! I will improve my ability to keep calm in the eye of the storm and not get tunnel vision. I will embrace the chaos that is the fight.

Saturday came and went – didn’t go my way in either of my two matches, but I woke up Sunday just like Professor assured me I would. My wife and family still love me, they showered me with support and praise for reaching new heights…and that’s even after I lost! It’s not always about victory in the physical sense, for me this was a moral and spiritual victory and a valuable lesson in life.

It’s not how many times we fall that counts, it’s how we get back up and deal with the adversity. I’ll be back to test myself again, but this time I will have this experience to help with preparation. For Professor Mike Mrkulic, Roll In Paradise.

A very big shout out to all of the squad at Dark Horse Combat Club for putting in the time and effort to help prepare our team for battle; for showing up to support the competitors; and for being such a great group of people that I call friends. OSS!!